Some armed men invaded the Nigerian high commission in Accra, Ghana, on Friday, destroying some apartments under construction.

The affected buildings were reportedly being constructed to house staff and visitors.

A Ghanaian businessman had accused the commission of encroaching on his land.

He was said to have visited the place last week, presenting evidence that he is the real owner of the land.

However, he reportedly returned to the site on Friday in the company of armed men who supervised the demolition.

Officials of the commission reportedly contacted the police but efforts were not made to prevent the demolition. 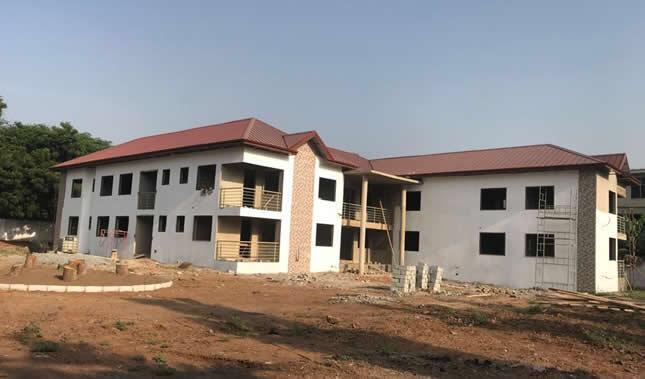 The building before it was destroyed

The Nigerian and Ghanaian authorities are yet to react to the issue which comes five months after the ministry of foreign affairs denied reports that the Nigerian commission in Ghana had been evicted in Accra.

In a statement, Ferdinand Nwonye, spokesperson of the ministry, had said there was no “diplomatic row between Nigeria and the Republic of Ghana”.

Nwonye had said though the lease of the property on No.10 Barnes Road, Accra, has expired, the high commission was exploring the possibility of renewing the lease agreement with the host authorities.

Olamide Changed My Life, Others Without Noise -Zlatan